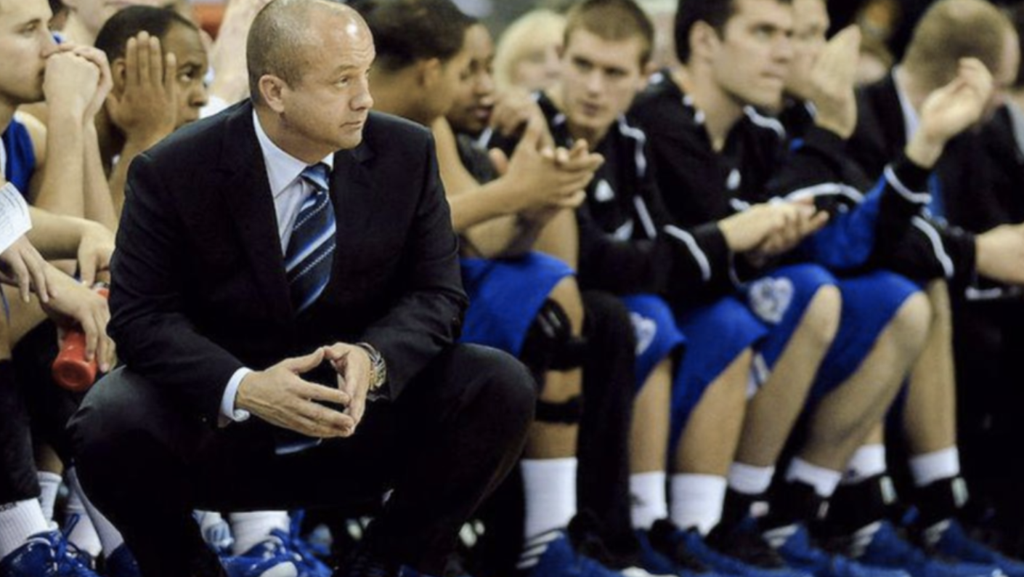 RT @RyanSilver1: Happy Birthday to my brother, best friend, mentor and Basketball legend Greg Kristof @greg_zg. Thank you for all you do f…

RT @RyanSilver1: Tired of being fat... Down 50 lbs. Gallon of water a day, 20,000 steps and weights and Pilates with @deniselovespilates .…

RT @JalenEncinas: Thankful for the opportunity to showcase my talents during the @WCEBball Exposure Camp in Sacramento. Thank you @SilverWa…

Congratulations to Jeremiah Donati of TCU on becoming one of the most impactful Division I ADs in the country https://t.co/h1muIote2Y

Congratulations to John Swarbrick of Notre Dame on becoming one of the most impactful Division I ADs in the country https://t.co/I6W0yrdUHN

Congratulations to John Wildhack of Syracuse on becoming one of the most impactful Division I ADs in the country https://t.co/1yFg2kYkjC

Congratulations to Keith Carter of Ole Miss on becoming one of the most impactful Division I ADs in the country https://t.co/etijAE1ZZu

Congratulations to Ray Tanner of South Carolina on becoming one of the most impactful Division I ADs in the country https://t.co/1cL0c55drZ

Former Division I Coach Mark Phelps has been named the new head coach of Prolific Prep, one of the top prep schools in the nation.

On joining Prolific Prep, Phelps texted Tuesday, "The opportunity to coach, mentor and help develop some of the elite US and international high school players in the game today is an incredible honor." What Jeremy (Russotti) and Philippe (Doherty) have built in such a short time is nothing short of amazing." He added, "I’m very much looking forward to partnering with Justine Leonie and the Napa Christian school staff in serving our players academically."

For Prolific, this is a huge win and an outstanding hire. With 23 years on the Division I sideline, Phelps brings unparalleled experience to the high school game. His resume boasts time at North Carolina State, Arizona State, Drake, Missouri, Marquette, and Arizona. Known for his ability to develop players, Phelps has worked with some of college basketball's top players in James Harden, Lauri Markkanen, Deandre Ayton,  Alonzo Trier, and more. Along with his ability to develop athletes, he also knows how to win, with 8 total trips to the NCAA tournament.

Most recently Phelps has been the head coach of the West Coast Elite 17u UAA team, which is considered one of the top grassroots programs in the country. There he has worked with names like Nate Bittle (Five Star), KJ Simpson (Arizona Commit), Harrison Hornery (USC Commit), Houston Mallette (Penn State Commit), Nick Davidson (Nevada Commit), and more.

Coach Phelps' basketball journey has allowed him to see the game from multiple different levels and perspectives. Starting out at the high school level, he has been able to work with players of all levels.

"My time as a former high school coach and, especially, my experiences coaching some of the elite players in college for 23 years has thoroughly prepared me for the unique circumstances and elevated platform at Prolific Prep," Phelps texted.

Prolific Prep was founded in 2014 and has been home to some of the country's top basketball prospects, including, NBA rising stars Josh Jackson and Gary Trent Jr. With Phelps in charge, Pro Prep will look to continue their storied success on and off of the court.

On the hiring of Coach Phelps, Program Director Phillippe Doherty said Tuesday, "Prolific Prep is ecstatic that Mark Phelps will be its next Head coach and the players in the program are beyond lucky to have such an accomplished and intelligent coach as their Head Coach.  Our players at Prolific Prep will receive an enormous amount of NCAA Division 1 experience that they will be the most college ready High School players in the United States."