Sierra Canyon has another national schedule for 2020-2021 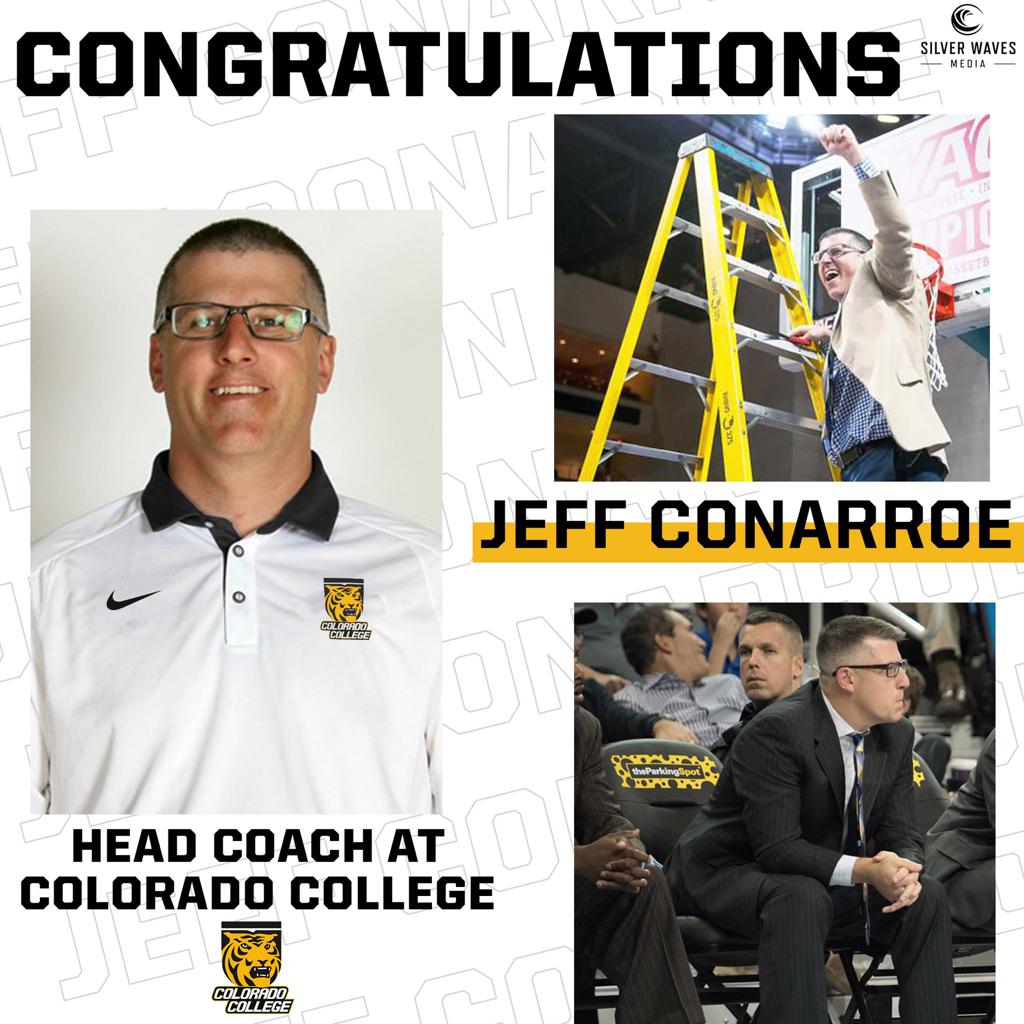 Cal State Bakersfield assistant coach Jeff Conarroe has been tabbed as the 21st head men's basketball coach at Colorado College.  Conarroe, who made Silver Waves Media's recent list of 50 impactful NCAA Division I low-major assistant coaches and is an alum of Colorado College, brings a track record of turning a program around and sustaining it.

The Bakersfield program won just 32.6% of their games in the five years before Conarroe arrived. In the five years that followed with Conarroe on the sidelines, he was able to help the Bakersfield program improve, which culminated into the program's first-ever NCAA Tournament appearance in 2016 and a Western Athletic Conference regular season title in 2017 that earned the program their first-ever berth in the NIT.  Bakersfield would go on to reach the NIT semifinals becoming the first-ever No. 8 seed to ever accomplish such a feat.  The two-year stretch along with another postseason berth gave the program three postseason berths in the last four seasons, excluding the pandemic-shortened 2019-20 season.

Lesley Irvine, the Director of Athletics at Colorado College, expected there to be much interest in the job due to the COVID-19 pandemic and what Colorado College brings to the table. With over 200 applicants, she had this to say ultimately in what made Coach Conarroe stand out, "Jeff has earned this job. It really was about the energy and passion he had for this specific opportunity. For me, that helps coaches stand out. He believed that we could do something special here. It was just an added on bonus that Jeff happened to be an alum. He's curious by mind, he asked a lot of questions, he's a Colorado College graduate,  and everyone that was interacting with him felt like he was very deeply engaged with the success of the program."

Rod Barnes, who is the current head coach at Cal State Bakersfield, said in a statement "I have worked alongside Jeff for 16 years. I watched him grow and mature as a coach and strong leader. His work ethic is second to none. He cares about the student-athletes' well-being both on and off the court. As a person, he is loyal his impact at every one of his coaching stops has been transformational. I have multiple former coaches and players who have moved on in their careers to become head coaches. I have no doubt that Jeff Conarroe, as your head coach, will be a valuable asset to the athletic department and the Colorado College Community.

While the Colorado College basketball program has struggled of late, Conarroe sees much promise in the years ahead. "Colorado College is a place where we focus on the student-athlete holistically. You can get an elite academic experience combined with a unique personal experience because of the block plan and the atmosphere around Colorado and the Rocky Mountains. However, competitive excellence isn't forgotten and because of Lesley Irvine and the direction the athletic department  is headed there's no question that we will compete for championships in the near future. It's a great day to be a Tiger!"

RT @CoachJCovell: It’s been an absolute pleasure learning under @docsheadgames. The ability to adapt year to year is remarkable, but what i…

RT @CoachBurton13: Grateful I was able to play for this man but even more blessed to call him a dear friend. Even better person than he is…

RT @loydRHITcoach: This might be my favorite photo of all time. It shows my passion, appreciation for our fans, and has my son right by my…

RT @MACathletics: Congrats to @MacalesterBball head coach Abe Woldeslassie '08, who was named one of the top 50 most impactful coaches in D…

RT @Q_Douglas11: One of the best in the business! Grateful to be part of the staff. #TigerUp